Planning a solo trip to Turkey for 10 days

This guest post was contributed by my friend, Tanvi Surti, who spent 10 days traveling in Turkey, and is sharing her experience planning a solo trip to Turkey. Tanvi is a Product Manager at Uber by day and wannabe global traveller by night. Unfortunately most days the furthest she gets to exotic places is a weekly trip to Trader Joe’s.

I spent 10 days in Turkey which I split between Istanbul, Cappadocia, Antalya and Ephesus. I had limited time and wanted to have as wide a Turkish experience as possible. Therefore, while planning my solo trip, I chose this 10 day Turkish itinerary so that I was able to have the historical, natural and cultural experiences I was looking for.

Being a tourist in Turkey in this decade is a unique experience. In recent years, the country has gone through immense modernization. Look out the window in Istanbul and you will see the skies peppered with construction cranes and streets with brands like H&M and Starbucks. At the same time, it is a deeply religious and nationalist country, with a troubled recent political past. As a tourist, you get to experience both sides of this country – the modern nightlife and food experiences, as well as the history and religiosity of a time gone by. 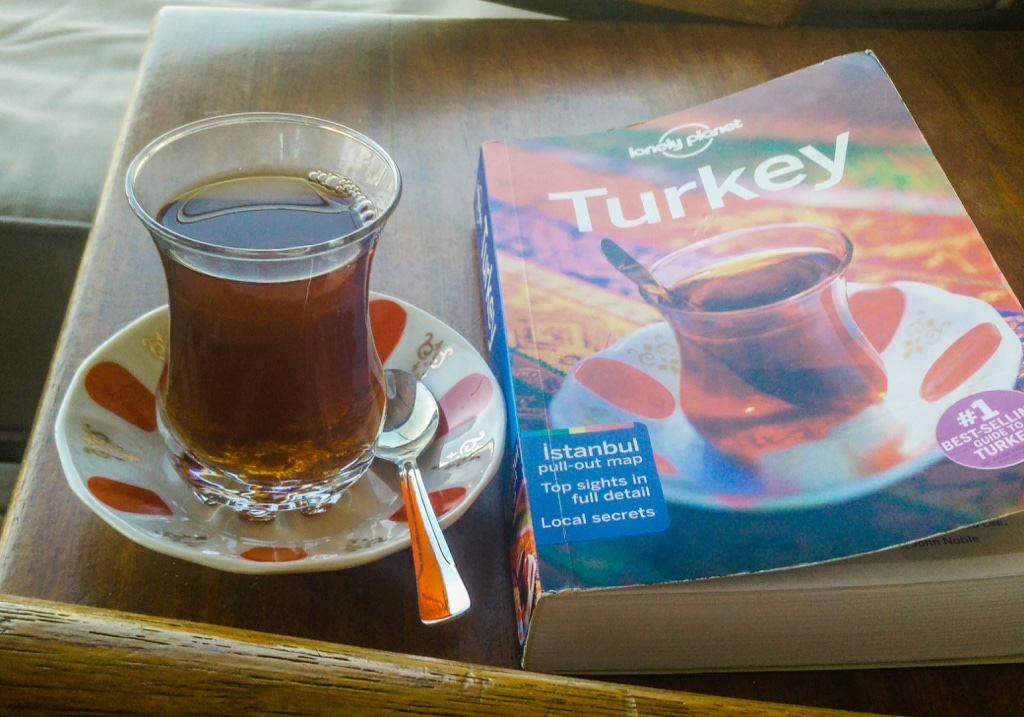 Here’s a breakdown of everything you need to know, how to plan a solo trip to Turkey, and an itinerary for how I spent 10 days in Turkey.


Is Turkey Safe for Traveling Solo?

I was planning to spend a large part of my time in Turkey traveling solo so this was the first question I got from my family. Yes, Turkey has had a tumultuous couple of years, and being on the border with Syria does not help. However, Turkish people are respectful and welcoming, and the fact that I was traveling alone did not result in unwelcome advances.

Here are some basic precautions I took as a woman traveling alone in Turkey:

Planning a solo trip to Turkey: Travel itinerary for 10 days

Turkey has extreme ends of the temperature spectrum in summer and winter so the best times to visit are early summer (April to May) or late summer/fall (September to November). If you are planning to add historical sites to your visit, such as Ephesus, remember that you will be outdoors for extended periods of time without much shade so prepare to deal with temperatures in the 30s (Celsius).

Here’s how I planned my solo trip for 10 days in Turkey:

I flew into the Ataturk airport (which is on the European side of Istanbul). The immigration process is pretty fast so I was out in no time. From the airport, I took an Uber to the hotel but Istanbul airport is also well connected by the metro which would have been a cheaper option. The Hagia Sophia in Istanbul is one of its iconic architectural monuments, originally a Christian basilica, then a mosque, and now a museum.

From the Istanbul Gokcen airport (on the Asian side), we flew a domestic flight to Kayseri airport which is the closest airport to Cappadocia. Have your hotel book you a spot on the shuttle at the airport because it is a long drive to the villages of Cappadocia (1 hour). It cost me ~USD 14 to reserve my spot in the shuttle. 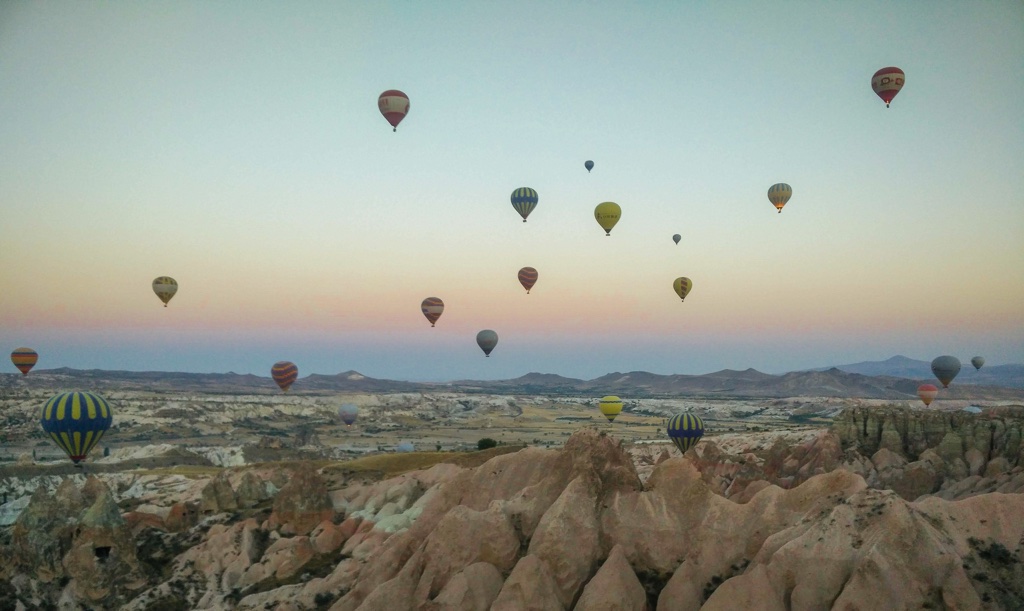 Back to the Kayseri airport, and the next stop was coastal Antalya. Antalya is a mid-sized city and has a domestic airport so you can easily take a local taxi. However, note that there are some parts of the city that are closed off to the taxis. 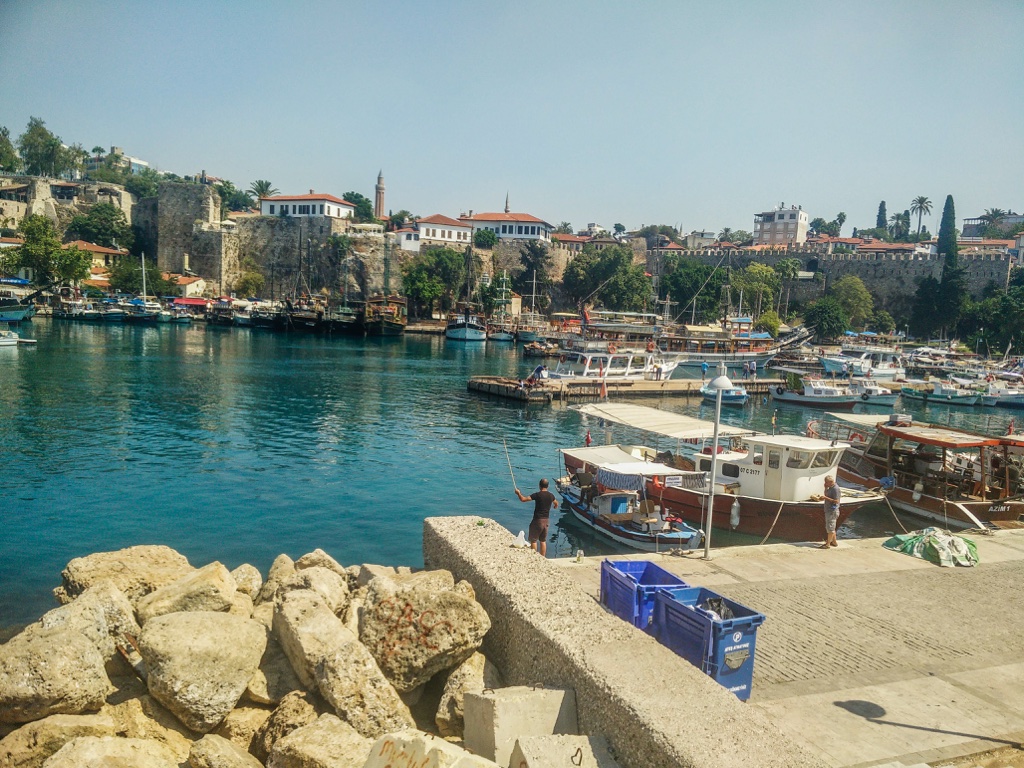 Fly into Izmir airport to get to Ephesus, and once again settle in for a long drive. Also book in advance! I booked a private taxi for this leg which cost me USD 50 one way. It is also possible to get a spot on a shuttle or take a train into Izmir. 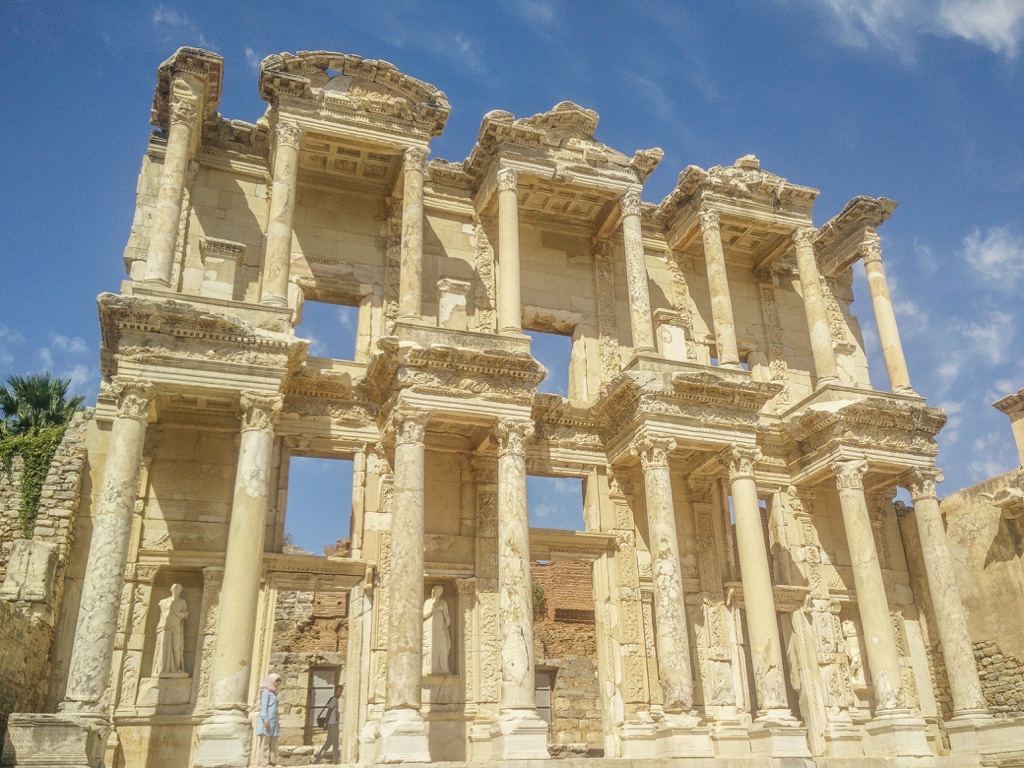 I landed back in Istanbul and then flew out of the Ataturk airport via Air France that stopped in Paris.


If you have more than 10 days in Turkey

I considered these alternatives for my itinerary that would have made the cut if I had more time: Greece (neighboring Turkey and is a cheap flight away), Pamukkale (for thermal springs), Konya (birthplace of Sufi philosophy), and islands along the Turquoise coast on the south of Turkey.

Here’s a more detailed travel itinerary for how to spend 10 days in Turkey.

Visa: If your passport requires a Turkish visa, you can get one pretty quickly online here.

Flights: Domestic flights are super cheap! Fly Peagasus or Sun Express between cities in Turkey for ~USD 30. I only booked 5 days in advance, so there’s no rush to book domestic flights beforehand.

Hotels: Your options for accommodation in Turkey range from high-end hotels, to USD 30/night hostels to swanky Airbnbs. My recommendation is to stick with hotels and hostels in tourist spots like Cappadocia and Ephesus. Choose an Airbnb or hotel in cities like Istanbul.

Taxis: If you are traveling to a major city like Ankara, taxis should be no problem. However, if you have a long commute ahead of you, and don’t want to be ripped off by a local cab, you can book a private shuttle. Turkey has a lot of private shuttle services that will pick up at the airport and drop off. Just book in advance!

Activities: Pre-identify and book these in advance. I had loosely planned my basic activities in each location and had called ahead to make reservations since most activities you might want to do won’t have an online booking system.

Guide book: I relied on Lonely Planet’s comprehensive Turkey guide to plan my trip. It was a great source of off-the-beaten-path locations! 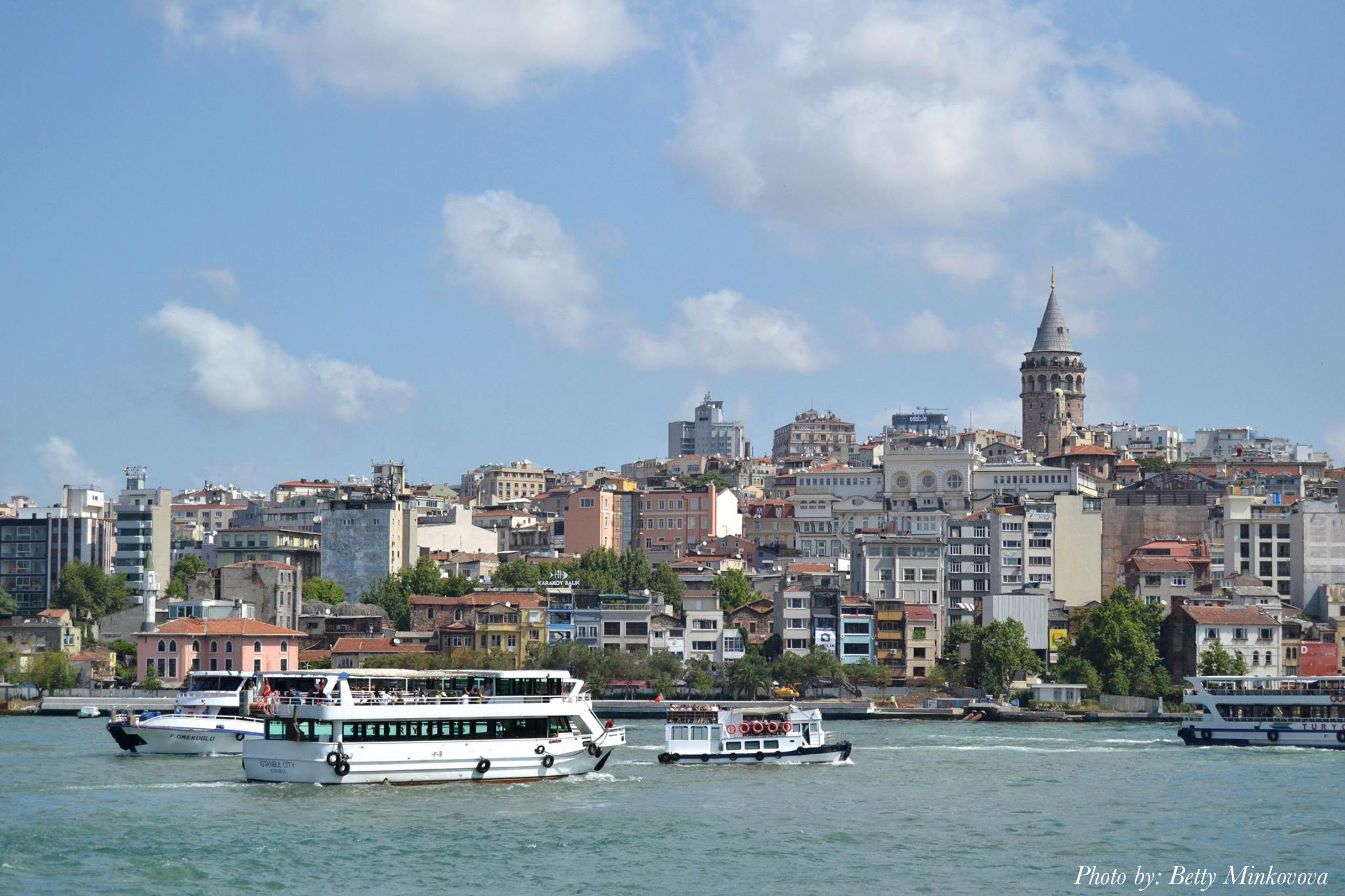 Along the Bosphorus river in Istanbul

Currency: The local currency is Turkish lira but everywhere you go in Turkey, you will find the Euro is widely accepted. Credit cards are pretty common in cities like Istanbul and Antalya, but keep cash on you just in case.

Clothing: Locals do not dress conservatively by any means, but be respectful of dressing requirements in religious places.

Language: In Istanbul, English is spoken pretty widely. But as you travel outside Istanbul, the language barrier becomes more prominent. I used Microsoft Translator and its offline language packs for Turkish to translate when I needed it.

Read more: A detailed itinerary of how I spent 10 days in Turkey and what to do in each city. 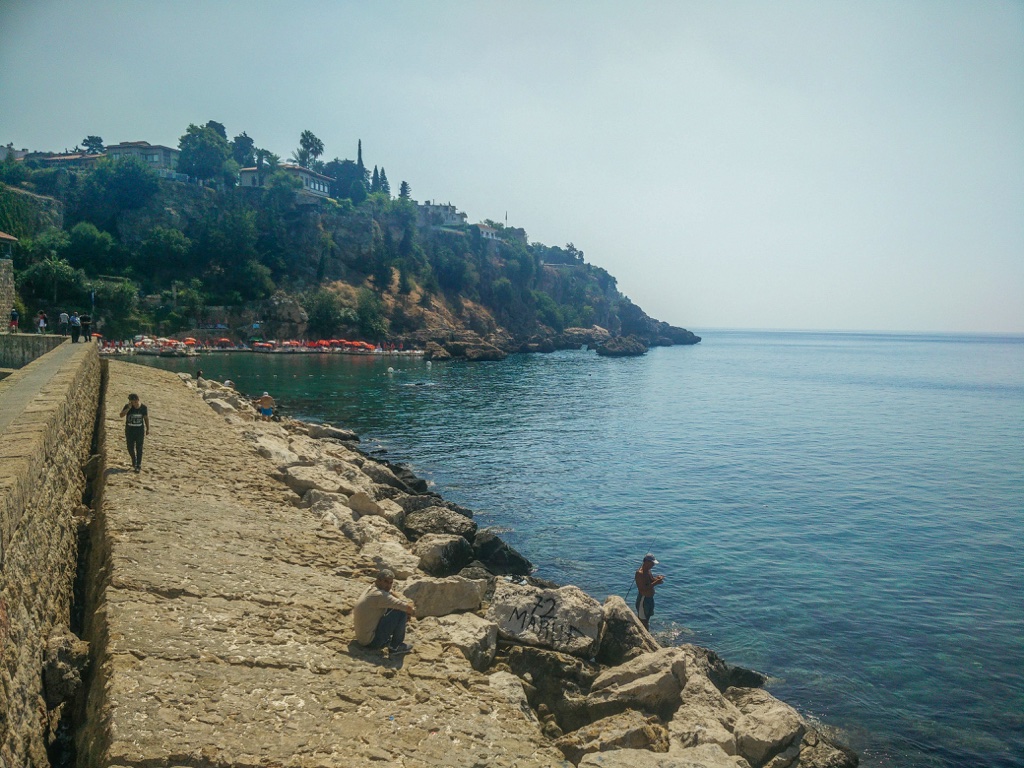 10 days in Turkey: A Travel Itinerary